« Back to My Blog

Council gets the wrong Birmingham! 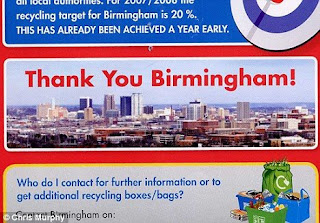 Last week we received a smart shiny leaflet all about Birmingham City councils recycling efforts and what we could and could not recycle and the recycling facilities available. On the back is a picture of the city with the words 'Thank You Birmingham'.

It has now been revealed that the numpties in charge of producing the leaflet put a picture of the WRONG Birmingham on it. 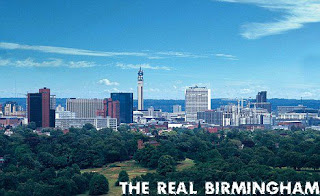 It's actually a picture of Birmingham, Alabama, USA!! Apparently they just Googled for a picture of Birmingham and picked the first one that they liked the look of. What's amazing is that 720,000 of the leaflet has been sent out to every household in the city for at least a week now and it's only today that anyone noticed! I think this is just so funny and hooted with laughter whenI heard about it on tonights news. Apparently the story was also featured on the website of the Alabama Birmingham News, whose readers were quick to poke fun.

One wrote: 'It looks like Birmingham, England's recycling effort is working. They are even recycling photographs!'